Victor Snieckus was born in Kaunas, Lithuania in 1937 and spent his childhood in Germany during World War II. He received the B.Sc. degree at the University of Alberta where he was strongly influenced by R. Sandin, the discover of iodonium salts. After graduate degrees at the University of California, Berkeley (M.Sc. with D.S. Noyce) and Oregon (Ph.D. with V. Boekelheide) and a postdoctoral year with O.E. Edwards (NRC, Ottawa), he joined the University of Waterloo, Canada in 1966 where he held the Monsanto/NRC Industrial Research Chair (1992-1998) and moved to Queen’s University as the inaugural Bader Chair in Organic Chemistry.  He continues Research as Bader Chair Emeritus and is Director of Snieckus Innovations, dedicated to small molecule synthesis for the pharmaceutical industry.  He has been awarded the Gedimino Order of the Republic of Lithuania and the Honoris causa of Tallinn University of Technology.

“BOS was born when three of us asked in 1999 “why not an organic conference for the Baltic States?” The aim was, and continues to be, to bring outstanding scientists to Estonia, Latvia, and Lithuania, to (originally) nurture and advance the discipline of organic chemistry in Balticum and to especially kindle a flame for the youthful scientists in our three countries and internationally. We hope to make every BOS conference a memorable experience for all” 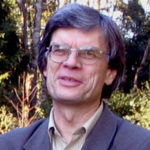 Eugenijus Butkus obtained his Ph.D in 1979. During the academic year 1980-81 he was a postdoc at The Institute of Chemical Technology, Prague, Czechoslovakia. At Vilnius University, he has served as a Lecturer, Senior Lecturer and Associate Professor, Head of the Department of Organic Chemistry in 1991, and obtained a full Professorship in 1997. He was appointed the Chairman of the Science Council of Lithuania in 2003 and the Chairman of the Research Council of Lithuania in 2008.
He has been a visiting fellow at Lund University, Sweden, Vrije Universiteit, Brussels, and the Institute of Chemical Technology in Prague. He is a recipient of the American Chemical Society International Exchange program grant.
He has published >100 papers and presented lectures at numerous international conferences. He is a Section Editor of the Central European Journal of Chemistry, and a member of the Editorial Board of the journal Chemistry published by the Lithuanian Academy of Sciences.

“If I was told nearly 20 years ago that the BOS conferences will become significant, not only in the Baltics, but internationally with nearly 10 Nobel laureates having participated, I would have said that this nice dream will never become a reality. The BOS conferences have inspired many young chemistry students, some of whom eventually became speakers at BOS and other international conferences!” 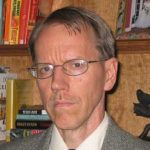 Jaan Pesti was born in New York USA in 1954 and grew up on Long Island. He received his BS at Long Island University, Ph.D at Columbia and finally two post-doctoral years with William Dauben at U California – Berkeley. He has worked at Dupont, Bristol Myers Squibb and currently is part of EnginZyme AB. He was Associate Editor of Organic Process Res & Dev for 2007-2016. 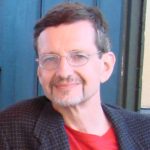 John Vytautas Dunčia was born in Detroit, the son of Lithuanian immigrants. After obtaining his Ph.D. in organic chemistry in 1981 from Princeton University, he joined DuPont’s pharmaceuticals section.  John eventually became part of a team of researchers who discovered the world’s first non-peptide angiotensin II receptor antagonist for the treatment of hypertension, namely Cozaar (losartan, potassium).  In 2001, the Bristol-Myers Squibb Company (BMS) acquired DuPont Pharmaceuticals and John continues working for BMS as a Senior Research Fellow.