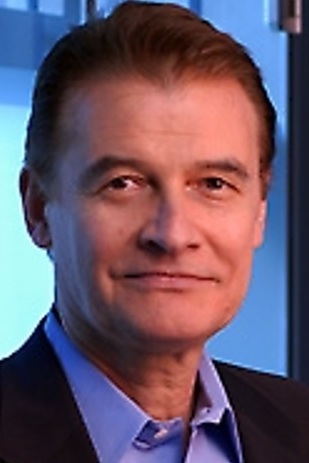 Virgil Percec was born and educated in Romania, where he obtained his Ph.D. in 1976 under the supervision of C. I. Simionescu. He defected from his native country in 1981 and after short postdoctoral appointments at the Universities of Freiburg, Germany (with H.-J. Cantow), and Akron, US (with J. P. Kennedy), he joined the Department of Macromolecular Science at Case Western Reserve University in Cleveland as an Assistant Professor in 1982. He was promoted to Associate Professor in 1984, to Professor in 1986, and to Leonard Case Jr. Chair in 1993. In 1999 he moved to the University of Pennsylvania as P. Roy Vagelos Chair and Professor of Chemistry.

Percec's research interests are at the interface between organic, bioorganic, supramolecular, macromolecular, and polymer chemistry, catalysis, liquid crystals and nanoscience and biology. To these fields he has contributed over 800 refereed publications and 80 patents, has given over 1100 endowed, plenary and invited lectures, and edited 18 books. He serves on the Editorial Boards of 21 international journals. His list of awards and honors includes Honorary Foreign Member to the Romanian Academy (1993), Humboldt Award for Senior US Scientists (1997 and 2012), NSF Research Award for Creativity in Research (1990, 1995, 2000, 2015), PTN Polymer Award from the Netherlands (2002), the ACS Award in Polymer Chemistry (2004), Fellow of the American Association for the Advancement of Science (AAAS, 2004), the Staudinger−Durrer Medal from ETH (2005), the International Award of the Society of Polymer Science from Japan (2007), Doctor Honoris Causa from Universities of Iasi, Romania and Athens, Greece (2007), the H. F. Mark Medal from the Austrian Research Institute for Chemistry and Technology (2008), Honorary Member of the Israel Society of Chemistry (2009), the Inaugural ACS-Kavli Foundation Innovation in Chemistry Lecture and Award (2011), Honorary Professor of the Australian Institute for Bioengineering and Nanoscience (2012), Foreign Member of the Royal Swedish Academy of Engineering Sciences (2013) and one of Thomson Reuters' World's Most Influential Scientific Minds (2014).