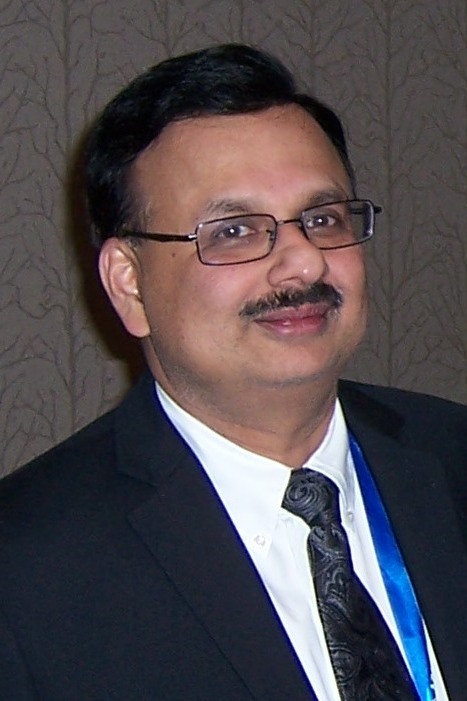 Title: UNDERSTANDING THE SUBTLE DIFFERENCES OF PRECATALYS IN ORGANIC SYNTHESIS

Dr. Thomas J. Colacot received his Ph.D. in Chemistry from IIT Madras in 1989. After his post-doctoral studies in the US, Dr. Colacot went on to pursue an education in management, acquiring an MBA from Pennsylvania State University in 2005, while working at Johnson Matthey. Before joining Johnson Matthey in 1995, Dr. Colacot had also worked as a Sr. Research Associate at Southern Methodist University (TX, USA) on a project funded by Advanced Technology Program in Ti, Zr and Hf based catalysts, as an Assistant Professor at Florida A&M University, and as a Post-Doctoral/Teaching Fellow at University of Alabama, where he worked in the area of Gr. III-V based Organometallics for electronic and material science applications. After working 22 years at Johnson Matthey, USA, Dr. Colacot recently joined Millipore Sigma (a business of Merck KGaA, Darmstadt, Germany) at the Milwaukee site (USA) as the R & D Fellow, Director – Global Technology Innovation.  Prior to that he was a Technical Fellow and Global R & D Manager (homogeneous catalysis) at Johnson Matthey, USA.

As a researcher and technology leader, Dr.Colacot has focused on many areas of research in Organic and Organometallic chemistry including homogenous catalysis, particularly becoming proficient in palladium-catalyzed cross-coupling, organometallic and organic syntheses, and in process chemistry. His work is reflected in several patents to his name, more than one hundred peer-reviewed publications, and numerous invited lectures and seminars spanning India, USA, China, and Europe. His edited 2015 book: New Trends in Cross Coupling: Theory and Applications by the Royal Society of Chemistry is widely used in academia and industry. He is the finest example of a link between academia and industry considering his contributions in academia and industry.

Dr. Colacot’s contributions to the field have resulted in many awards and accolades, amongst them the recent prestigious 2017 Catalysis Club of Philadelphia Award, 2016 IIT Madras Distinguished Alumnus Award for Technology Innovations and Chemical Research Society of India (2016 CRSI) Medal for outstanding contributions in Organometallics and Homogeneous Catalysis. He is the first Indian to be awarded the American Chemical Society (ACS) National Award in Industrial Chemistry in 2015. He also received the 2015 IPMI Henry Alfred Award from the International Precious Metal Institute, sponsored by the BASF. In 2014 he received the Indian American Kerala Culture and Civic Center Award for his outstanding contributions in Applied Sciences. In addition, he received Royal Society of Chemistry 2012 Applied Catalysis Award and Medal. He is also a Fellow of the Royal Society of Chemistry, UK.