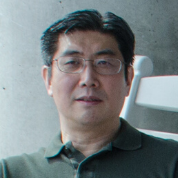 Shu was born and raised in Beijing, China and did his undergraduate studies at Peking University. Upon completion of his degree in chemistry, he worked as a research scientist at Beijing Institute of Non-ferrous Metals in China. He then moved to Clemson, South Carolina to begin his doctoral studies. After obtaining his Ph.D. in 1997, Shu moved to Wisconsin and did his postdoc on alkaloid natural product total synthesis with Jim Cook. Shu joined Process Research and Development department at Pfizer in 2000 in La Jolla, CA and moved to Groton, CT in 2005. Shu worked on a number of projects at both early phase and late stages of development that include Atorvastatin (Lipitor), Axitinib (INLYTA), Tofacitinib (XELJANZ), Dacomitinib (VIZIMPRO), Bosutinib (BOSULIF), and Crisaborole (EUCRISA). During his time at Pfizer, Shu had the opportunity to work on both traditional process development and process understanding at mechanistic level. Shu authored 36 peer reviewed papers, book chapters, and patents. Shu received numerous awards during his career at Pfizer, including Achievement Award, Green Chemistry Award, Upjohn Award. In 2018, Shu was honored by American Chemical Society as “Heroes of Chemistry”.