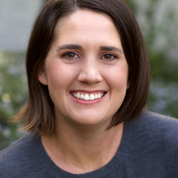 Development of a Second Generation Process for Belvarafenib, a pan-RAF Inhibitor

Diane was born and raised in Anaheim, California and completed her undergraduate studies at Stanford University where she worked in the labs of Prof. Paul Wender on the synthesis of Bryostatin analogs. Upon completion of her degree in chemistry, she then moved to La Jolla, CA where she worked as a research assistant in the Medicinal Chemistry department at Johnson & Johnson (now Janssen). Diane then moved to Pasadena, CA to begin her doctoral studies in the lab of Prof. David MacMillan at the California Institute of Technology in 2004 and accompanied Dave on his move to Princeton University. After obtaining her Ph.D. in 2009, Diane joined the Small Molecule Process Chemistry department at Genentech in South San Francisco, CA where she worked on a number of projects at the preclinical, early phase and commercial phase stages of development. During her time at Genentech, Diane had the opportunity to work on both traditional small molecule and conjugate programs and was awarded the Roche REACT award for Green Chemistry for her work on the taselisib and navoximod commercial processes. Diane joined Bolt Biotherapeutics in Redwood City as Associate Director of Process Chemistry in late 2019 and is leading Bolt's small molecule CMC development activities in support of their Immune-Stimulating Antibody Conjugate (ISAC) pipeline. Diane has co-authored more than 15 publications and patents and is a member of the Editorial Advisory Board of the ACS journal Organic Process Research and Development.